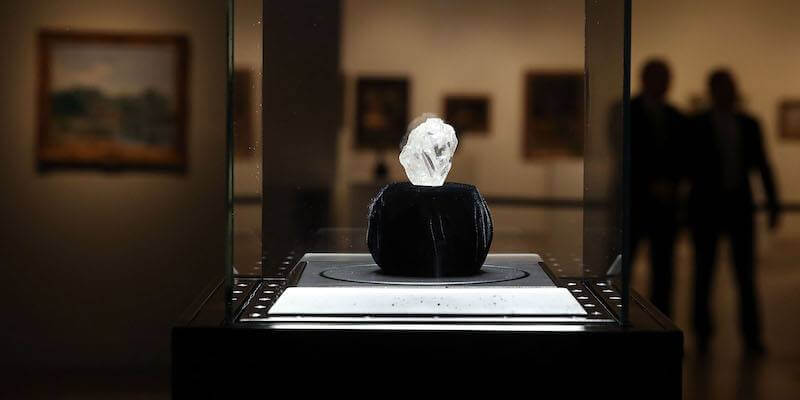 What is the largest diamond in the world?

the largest diamond in the world is currently the Golden Jubilee. Until 1908 it was the Cullinan diamond, also called “the Great Star of Africa”, to carry this title. In 1985, however, in the same mine from which the cullinan came, (the Premier mine in South Africa) the Jubilee was discovered, a giant diamond of 755 carats (151 g).

After cutting, the “GJD” reached a weight of up to now never exceeded 545.67 carats, almost 110 g. The task of stone processing and its cutting was entrusted to the master carver Gabi Tolkowsky. Later the GJD was offered as a gift to the king of Thailand Aduyadej, to celebrate his 50 years of crowning.

Its value by calculating $ 26,125 per carat would be $ 14 million. However, having a cognac, yellow-brown color, its actual value is around 4 and 12 million dollars.

The very large diamonds, in addition to their inestimable preciousness, have a great scientific value, since they highlight the geological characteristics of the environment from which they come and thus give scientists the opportunity to obtain very important information on the study of their formation.

What is the most expensive diamond in the world?

The most expensive Diamond in the world is The Koh-i-noor which means “Mountain of Light” in Persian, with its 105 carats. Like all the most famous jewels of extraordinary beauty, many legends are hidden behind the Koh-i-Noor.

One of these tells us that it is very unfortunate for any man to just touch or wear it and even death in some cases. While on the contrary, it will grant a great fortune to women who wear it.

The place of its discovery is unknown but it is believed that it was extracted around 1400 in the Kollur mine in the ancient Golconda, in the state of Andhra Pradesh. In the course of history there were numerous battles between Indian and Persian rulers for the possession of this stone, since it was believed that its owner became the master of the world.

Since English Prime Minister Benjamin Disraeli proclaimed Queen Victoria in 1877, Empress of India, the Koh-i-noor is part of the jewels of the British crown.

What is a carat?

The carat is the unit of weight of the diamond and is equivalent to 0.2 grams. It was reported and precisely defined only in 1832 in South Africa (place of greatest production and export of diamonds in the world) and here the connection with the metric system was established.

The word derives from the Greek ker´tion a carob fruit, whose seeds would have an exceptionally uniform mass of about 0.2 grams.

However, Carat should not be confused with Karat, which instead refers to the amount of pure gold present in a metal alloy.

What gives a diamond its value?

Also called the 4 cs are the factors that determine the value of a diamond: color (color), clarity (purity), cut (cut) and carat (carat weight, or weight).

· The color: What colors can a diamond have? the purest gemstones, completely colorless and transparent, are called “colorless” marked by the letter D. It should be noted that these diamonds do not appear colorless because their facets reflect the colors of the surrounding environment. Black diamonds are not really black, but this dark color is due to the numerous inclusions that give them a very dark appearance. Diamonds can have almost all colors, these are due to impurities or structural defects. Amber yellow and brown are the most common stones, red pink and blue are the rarest. These last two colors, red and pink, are so rare that they reach almost 100,000 euros per carat and are hardly found to weigh over 0.5 carats.

· Purity: the purity of the diamond is given by the number of inclusions it has, they are often called Carbons and can be of different types.

· Cut: The cut made by the cutter is one of the determining factors of the value of a diamond, it can be of different types “Very good” when symmetry and proportions are perfect. “Good” Symmetry and lower proportions “poor” poor proportions

How are diamonds formed?

The diamond is formed by pure carbon atoms, crystallized at pressures between 25,000 and 70,000 kilos per square centimeter at very high temperatures between 1500 and 2000 degrees.

This process takes place about 200 kilometers below the earth’s surface and is not yet completely clear to science, since the diamonds produced in laboratory with this method are however different from the natural ones.

Diamonds come to the surface through magma movements and volcanic eruptions. 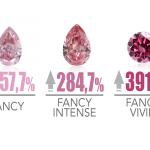 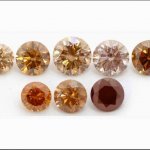 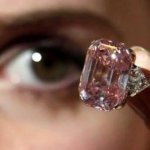