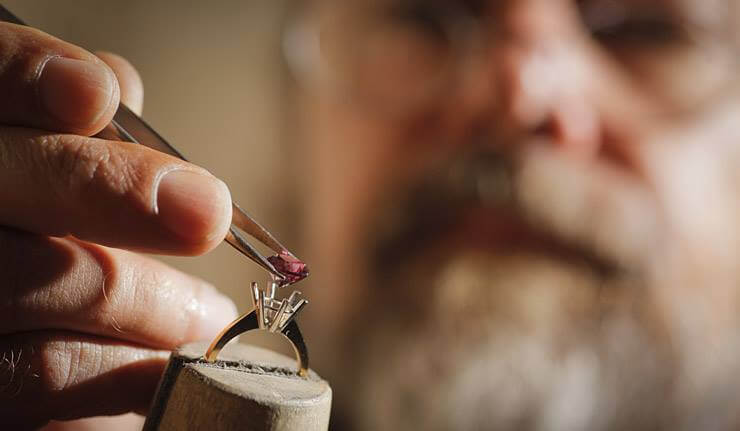 How the story of Engagement rings is born

Let us try to go back to the origin of when the history of this everlasting pledge of love began.

The gift of a ring since ancient times seals a promise of love between two people, and it is in Roman culture that this custom is definitively consolidated.

In Roman times, in fact, the tradition of wearing the ring on the left hand became widespread, since in ancient times it was believed that a small vein started from this, also called “Vena Amoris” affluent to the heart.

This is just one of many theories that try to go back to why the left hand was chosen.

In fact, according to some historians, this derives from ancient rites of Catholic culture. It was thought that the celebrant of a marriage touched the 3 fingers of the left hand and after having done so, he inserted the ring in the 4 finger of the same hand.

When did setting diamonds in engagement rings start?

This tradition of giving a ring set with a diamond dates back to 1477, when Massimiliano D’Austria, to promise marriage to Maria di Borgondia, gave her a marvelous ring with a diamond set.

This custom has remained unchanged over the centuries, just think that today 80% of the jewels donated for the promise of marriage have a diamond set, which symbolizes the representation of eternal love.

The most classic jewels used for the engagement are the riviera, the solitaire and the trilogy, which with its composition of three gemstones symbolizes “Today, yesterday and tomorrow” 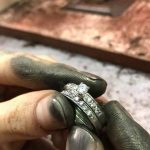 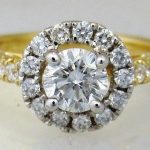 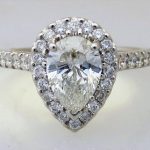